Inspiration, challenge, delight and renewal – exquisitely choreographed by and for lovers of the arts. 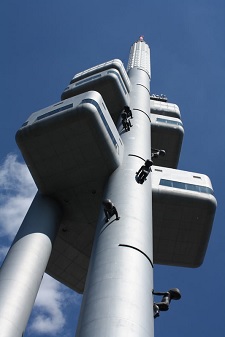 The inspirations behind artbreak™

How we discovered the design for perfect vacations

Inspiration #1: The 3 Regrets of the Cultural Attaché's house guest

In 2004, I was phoned by my friend the cultural attaché at the US Embassy – who’d recently injured her back in a skiing mishap and was recuperating at home in a full-body cast – and asked to spend a day entertaining a house guest who was visiting Prague from Africa...

In 2004, I was phoned by my friend the cultural attaché at the US Embassy – who'd recently injured her back in a skiing mishap and was recuperating at home in a full-body cast – and asked to spend a day entertaining a house guest who was visiting Prague from Africa. Her guest was a professor named Gretchen, an old friend of the cultural attaché, and, due to the cultural attaché's convalescence, Gretchen had just spent a week exploring Prague on her own. I agreed, and next day took Gretchen to an early lunch and then on a hike through one of the forests that make Prague a pleasant crossover between city and nature preserve. As we were enjoying a traditional Czech meal, I learned that during her week Gretchen had contentedly wandered through museums and past myriad architectural treasures. She'd had a driver at her disposal, but she'd also been resourceful and learned how to use public transport to get around the city, and she’d signed up for several walking tours. She'd sat through a concert for tourists held in a church. As is common for many visitors, she had fallen in love with Prague and dreaded having to board a flight the next day and return to her job. All in all, Gretchen had had a great time. Towards the end of the afternoon, it occurred to me to ask Gretchen how, excepting her host’s being bed-ridden, her Prague holiday might have been made even better. After a few moments of thought, this was her reply:

{fa fa-paint-brush} She regretted that she'd not been introduced to and gotten to know some local Czechs;

{fa fa-paint-brush} She wished she could have been engaged in, or take part in, some sort of creative activity during her week;

{fa fa-paint-brush} She regretted that she had not seen "real" professional performances instead of the mediocre "tourist" concert that she had been talked into by a street tout. Foremost, she wished she'd had the foresight to order tickets to the symphony, opera and ballet before she arrived in Prague – and found everything sold out.

Gretchen's answer was something I was primed to hear, and for reasons to be explained below, it became the final catalyst for making a decision that had been years in gestation. Less than a week later, artbreak™ Arts Immersion Vacations was on the drawing board, and within a month we had started designing our web site and organizing the hundreds of details that go into an artbreak™ offering. Inspiration

#2: University Research on "Flow" and Connection

In 1999 I, an American sociologist and a professor at the first Master of Business Administration school established in post-Communist eastern Europe – teamed up with my former MBA student, Richard Furych, to form Arete Institute, in Prague. From its inception, our Institute provided seminars on leadership and creativity to businesses and governmental agencies, based on my earlier training at Stanford University's Graduate School of Business with creativity mentor Dr. Michael Ray. Arete Institute also crafted innovative sabbatical weeks to reinvigorate stressed-out professionals, based on cutting-edge university research on what makes human beings fulfilled and happy – foremost the theories of psychologists Mihaly Csikszentmihalyi and Martin Seligman. Csikszentmihalyi's and Seligman's work was a major departure from psychology’s longstanding focus on pathology, and instead, they had explored what makes human beings maximally healthy – and happy. Their "happiness" research had been systematically uncovering that human beings feel maximally fulfilled when they are deeply engaged in fairly challenging creative tasks. This finding runs rather contrary to conventional wisdom, which long presupposed that pure relaxation is the optimum state that human beings can strive for. (Among other things, this finding solves the paradox that many people report being more exhausted after returning from a "vacation" than before they went. To cite just two dominant modes of vacationing, being driven around in a tour bus or lying on a beach, are only briefly interesting. In actuality, boredom and fatigue tend to set in quickly.) Professor Csikszentmihalyi (pronounced CHEEK-SENT-ME-HIGH) coined the term "flow" for the complete absorption felt by a person immersed in a challenging and fulfilling activity – such as creating a work of art, or performing jazz. Small wonder, then, that our culture is fascinated with film stars and rock musicians, and other kinds of artists who spend their days in creative play. In short, "flow" is a proven key to happiness.

Additionally, social scientists over the years have compiled an overwhelming case that human beings universally wish for meaningful connection with – and creative interaction with – others. The groundbreaking 2001 book A General Theory of Love went even further, demonstrating that the human nervous system, from birth, is wired for human connection. Without connection, we cannot grow, and humans literally begin to die, cell by cell. This knowledge – the power of "flow" and the need for authentic connection – helped us at Arete Institute put together inspiring educational "sabbaticals" for our executive clients. Eventually, we began to invite artists into our seminars, to teach their art and discuss their creative process, and we also showcased creativity via field trips into Prague's art museums. We realized that we were onto a formula that produced terrific results: happy, energized people. The net outcome was a product to ensure contented corporate customers. Nevertheless, we also were beginning to realize that what we were doing addressed universal human needs, and we were growing increasingly unhappy with the idea that our sabbatical concept was an exclusive perquisite for corporate professionals.

In sum, Gretchen arrived on the scene at the precise moment that we were open to recognizing the wisdom and potential in Gretchen's three regrets – and to take action. From the inception, our objective was to design and produce a perfect vacation – a week of tailor-made experiences that enable our participants to tap into the creative energy of the arts, to get personally inspired, and to have an authentic and enriching encounter with one of the world's greatest urban troves of art and culture – and its people. The plan, in short, was to offer our clients something far beyond normal tourism. So, thanks to the synchronistic dual inspirations of Gretchen and our ability to draw upon grounded knowledge about what it is that people really need and want in their lives, artbreak™ Arts Immersion Vacations became a reality. Since that time we have had the privilege of seeing group after group having the time of their lives, and, for us, organizing artbreak™ weeks has become an immense pleasure. Richard and I can hardly wait to get to the airport and meet the very special people who choose to entrust us with their time and hopes. We have had a great time together.

by Douglas Pressman, Co-Director of artbreak™